Before computer editing and digital film-making, movies had to be edited by hand using machines like these to physically splice, or cut and tape the film... hence the term "ending up on the cutting room floor" was coined. 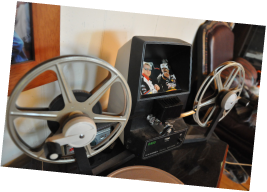 Film viewing and editing was a time consuming and exacting process. The Hanimex is one of the larger viewing screens I own. It will accept 400' rolls of 8 or Super 8 film. Unlike the  more professional models these units were hand cranked for precision. 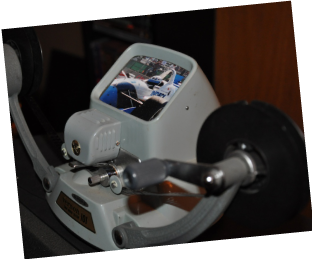 This all metal editor features the "Dual Optical System". It is compatible with Super 8, Single 8, and Regular 8 Films!  It has geared motion for rewinding, fine frame adjustment and a frame notcher for editing.
This model was Made In Japan. 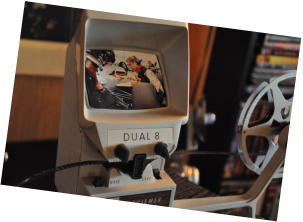 This plastic manual model made in the USA has a switch to mark where you cut and splice the film and like the others handled 8mm and Super 8 film. 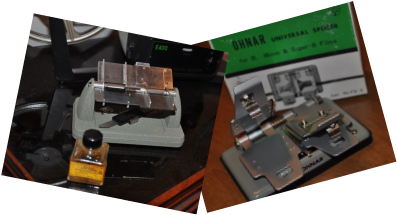 These were simple tools used to hold the 8mm film in place
as you cut and spliced or glued on the new section.
The Enmig was made in Austria and the Ohnar in Japan.

Back to Camera Collection - Continue on to Television.